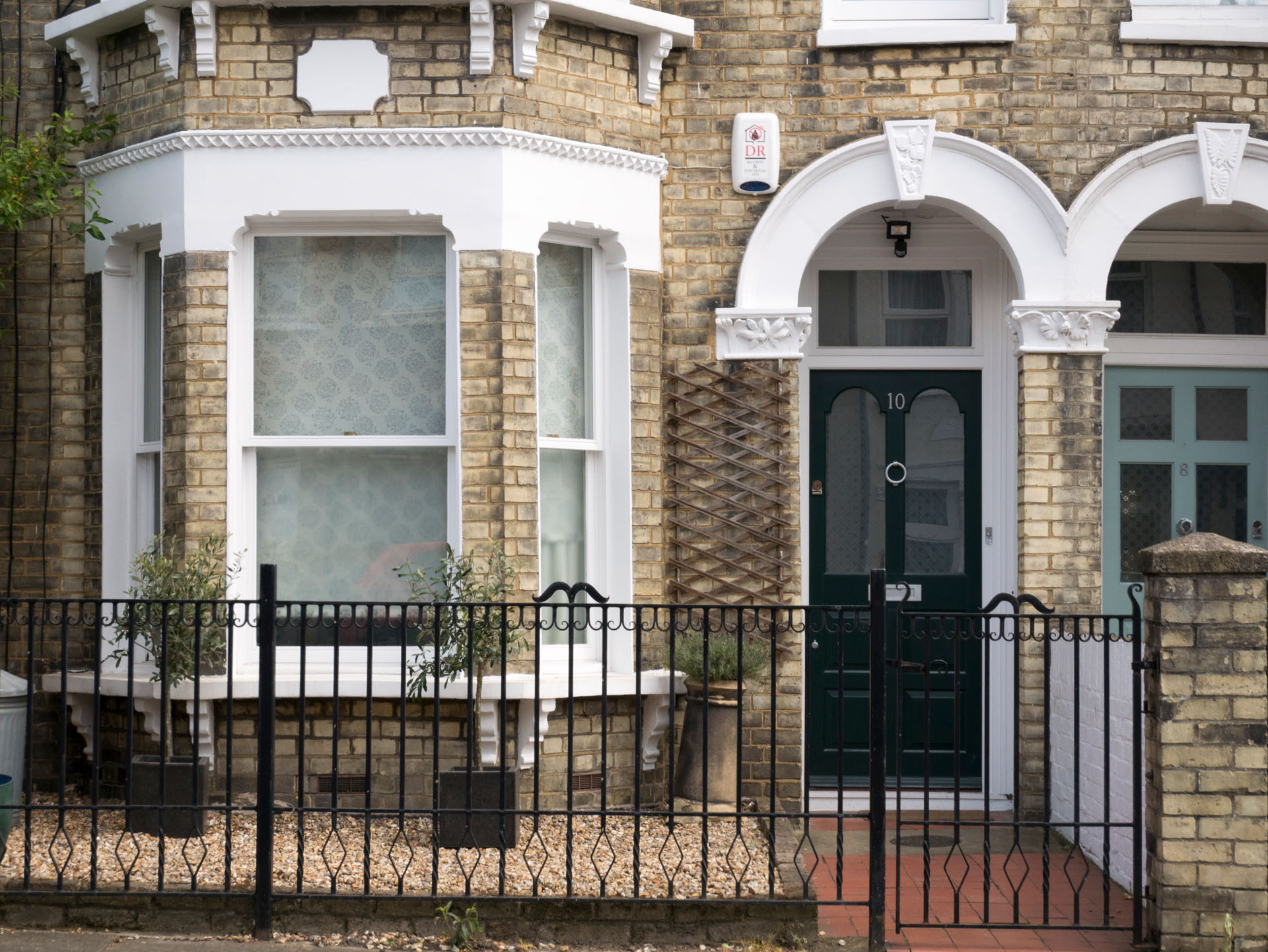 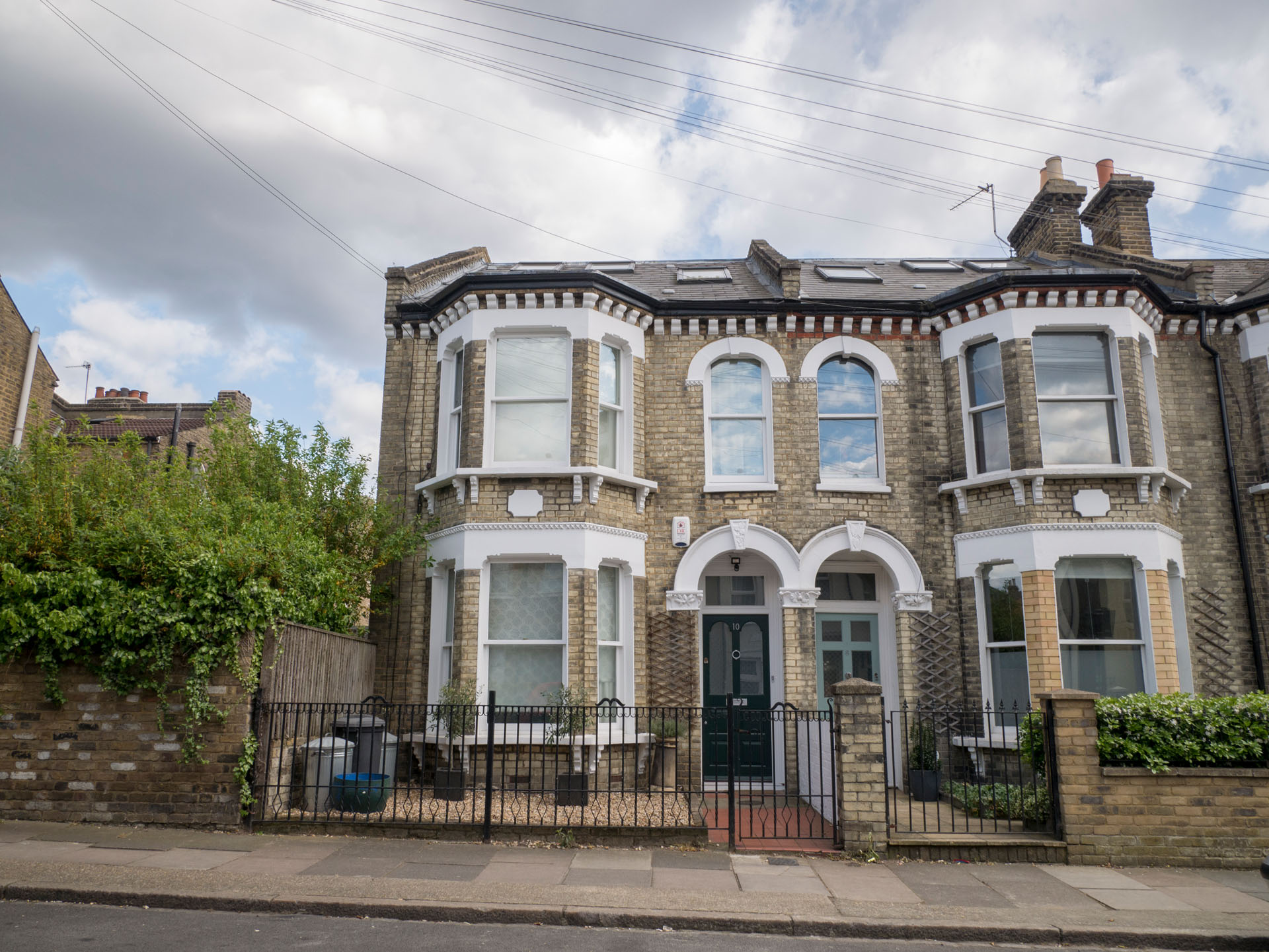 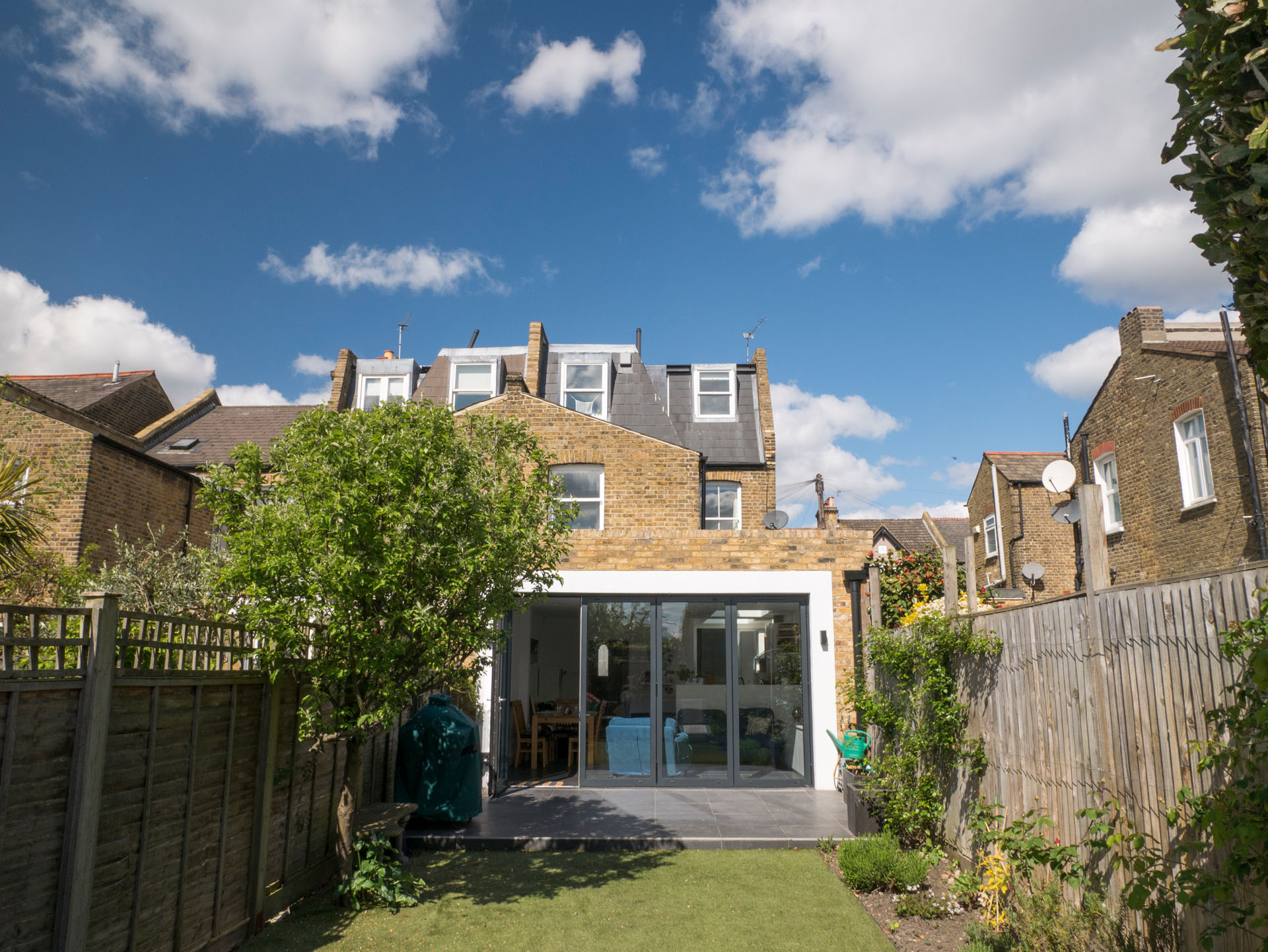 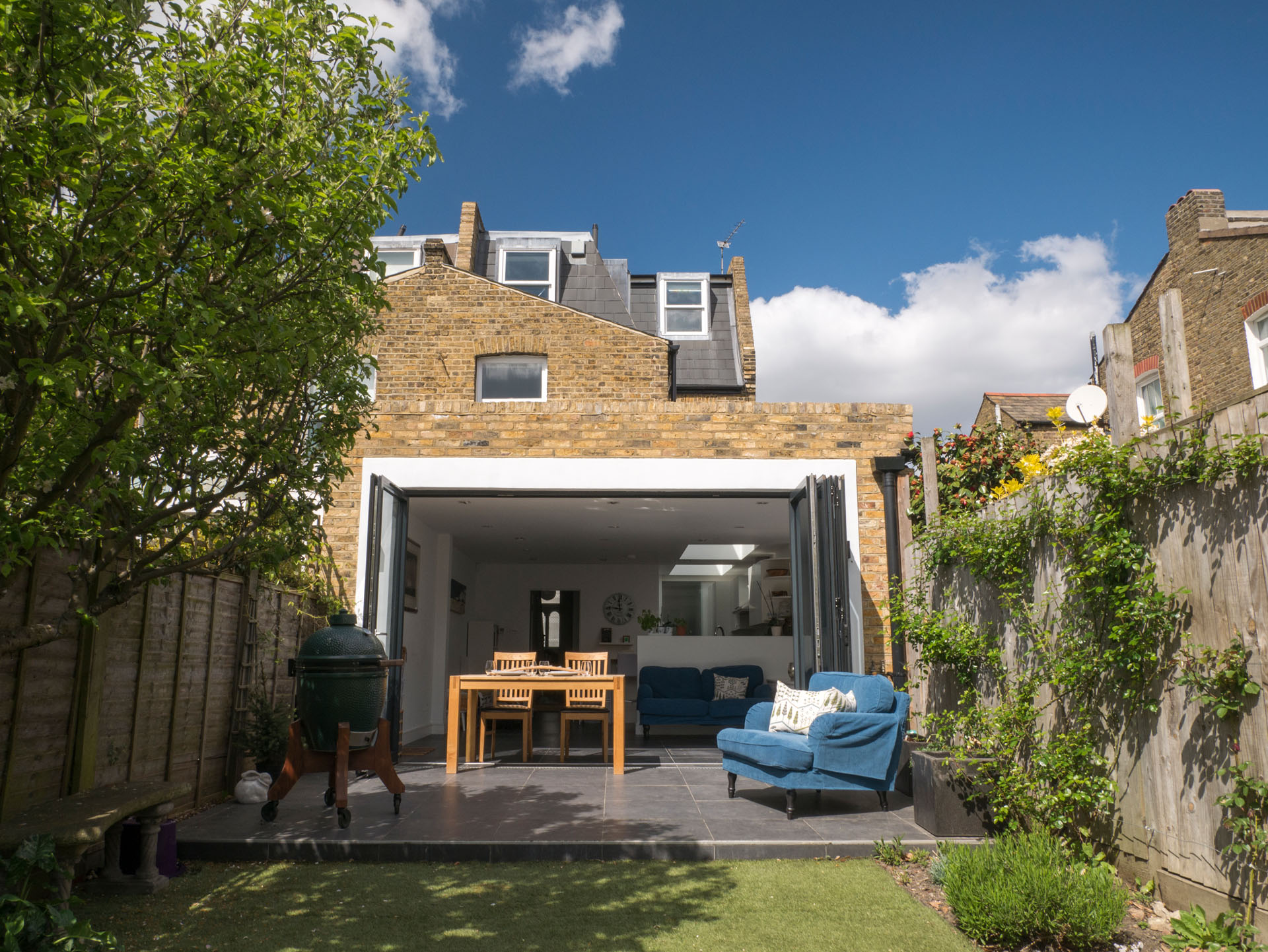 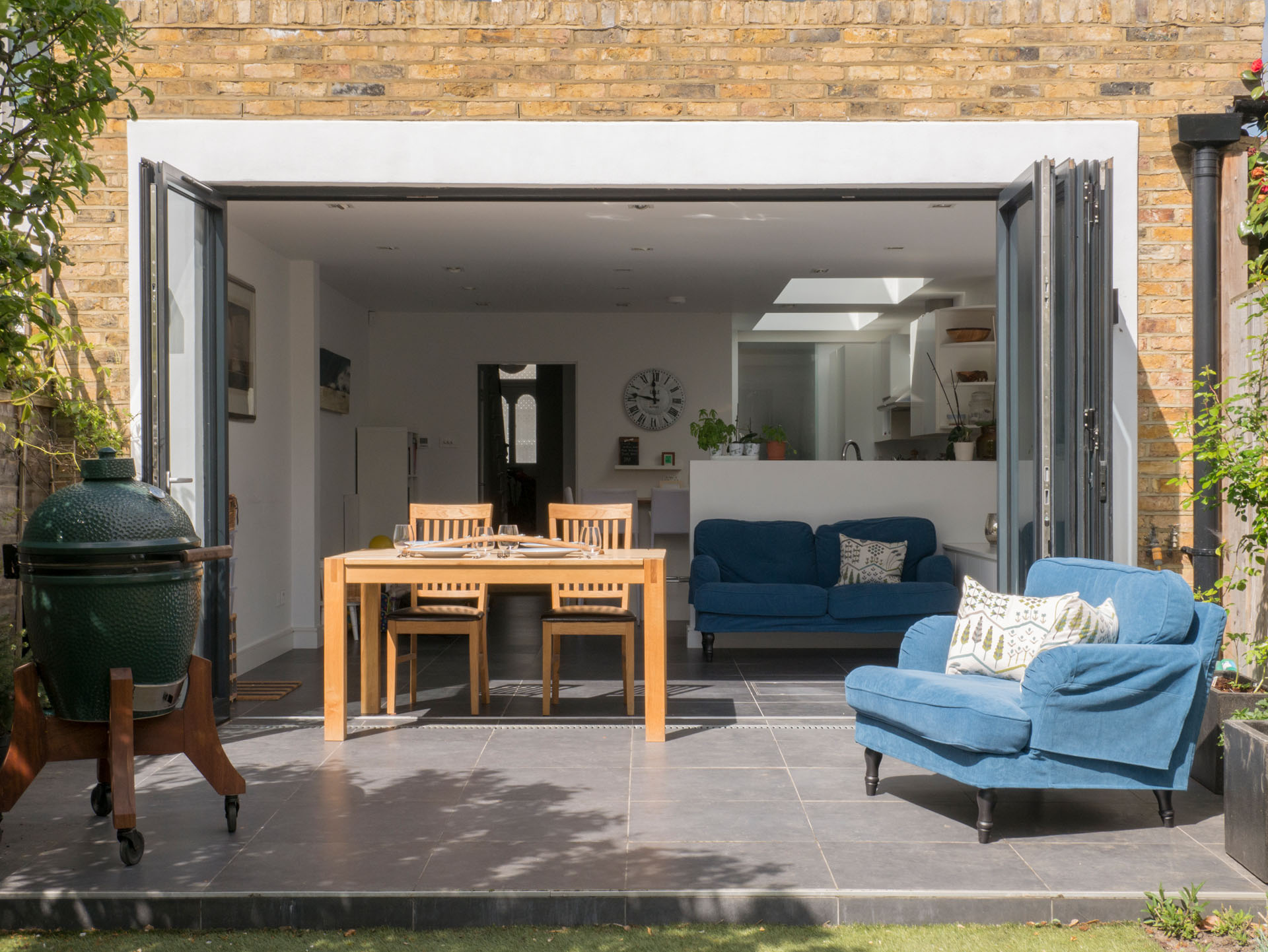 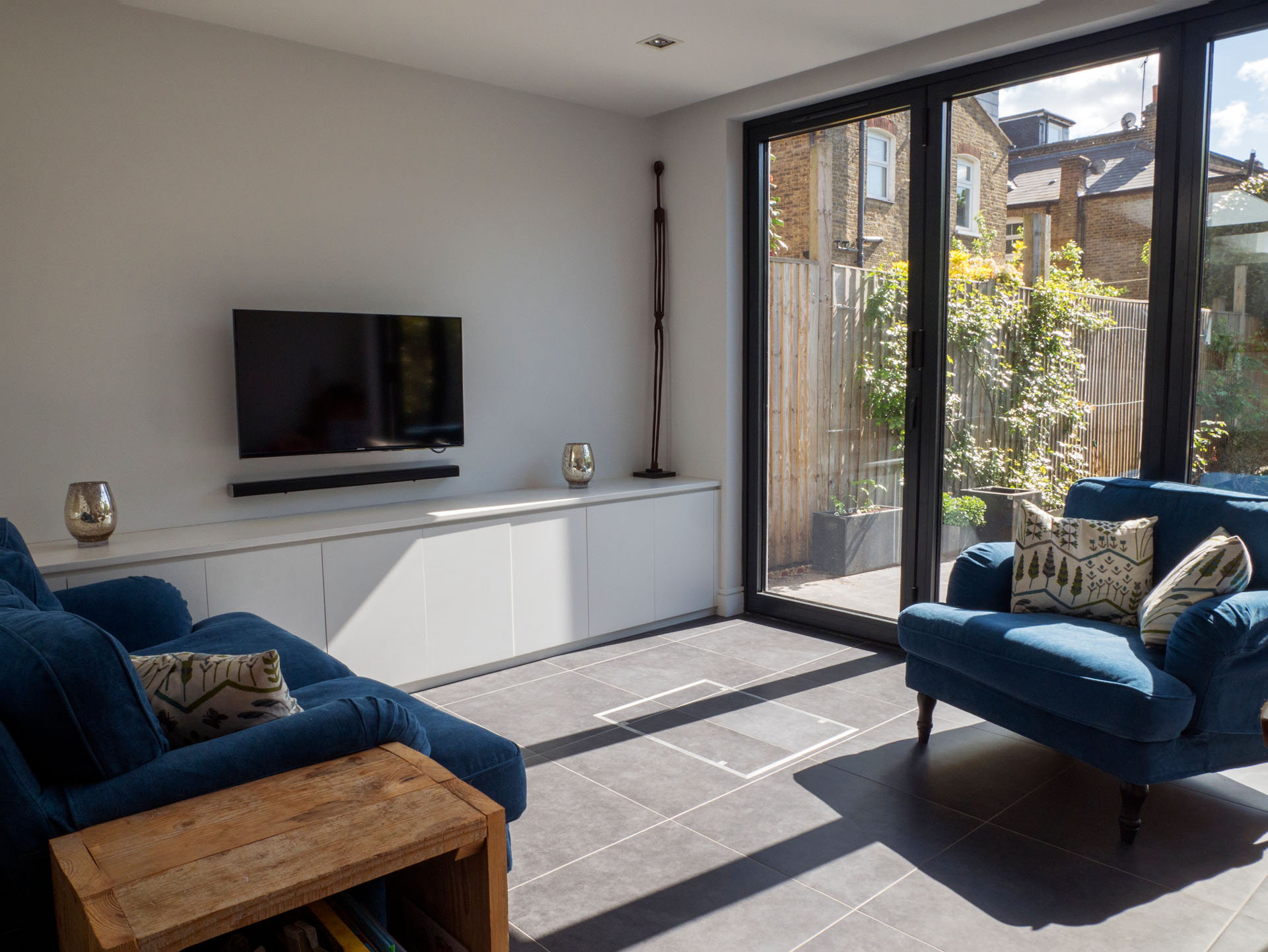 This project came to us having been taken to Tender stage by an architect who then stepped away from the process. We constructed a new side return and rear extension to an end of terrace four bedroom property which had suffered historically from subsidence. As such, the engineering design was particularly robust and complicated. The project also included the construction of a raised terrace to the rear, tiled with the same finish as the kitchen/diner, allowing the ability to bring the outside in during the summer when the bi-fold doors are open. The architect came to view the completed project having not seen it since plan stage. He was sufficiently impressed with the quality of the finish and the fact we had completed on time, that we have now worked together on a number of further, larger projects.